In some ways, the triggering event was as horrifying as it might have been if she had discovered the lifeless body of one of her own children in that garage – HIS garage – during the earliest hours of the morning on the day of her near-death.

In other ways, it was somehow worse.

The day before had been a bad one – a nasty beating and the brain fog that always accompanied them; there had been a lot of ugliness spat in her direction several times before dinner, and during the meal that she had begrudgingly cooked for him (her appetite had become non-existent and he made sure that she was perpetually dope-sick), she had sat across the table from him with her eyes on the floor, in a vain attempt to avoid the inevitable explosion that she had come to sense brewing and building beneath her husband’s skin.

By this stage of her “captivity”, the woman was allowed individual companionship with five living souls: The Ripper, Boo, and the woman’s three dogs – Sarah, Ozzy, and Vegas. This night, as the tension grew thicker by the bite of food stuffed into her husband’s mouth, it was Sarah, a chow-pit-bull mix that had come into this tragic situation alongside of a once-braver, stronger and more capable version of her caretaker: as an innocent – who lied loyally at the feet the woman’s defeated body, beneath the table on high alert. The dogs were each honed well to the man’s moods also; acting as canine tools that had undoubtedly helped the woman survive in the past.

Directly following his meal, her giant husband went outside momentarily; and during this brief period, the woman got down on the floor to scratch some neck and belly – a luxury that, outside of him, the monster of a man she had married allowed her to share ONLY with these furry, ever-loving creatures.

It had been then that her husband came back in through the back door, and she could tell from the sound of his steps that he was coming for her; she never knew why. Everything had happened so quickly: his boot to her belly, then head – repeatedly; any sense of true consciousness became likened to a strange swirling sensation that drifted drunkenly up and down with the motion of smoke trying to suspend itself in air…she notably forced herself to stay with the pain – to stay awake in defiance, to NOT let him knock her out unconscious again (the gamble of the outcome of a circumstance in which she lost consciousness was not one that typically landed the odds in her favor).

Yelling and clicking and cusswords.

Growling and snapping and cracking.

It wasn’t until a much later time (years later) that the woman would recall the image of her husband booting Sarah as well for trying to protect her. Sarah was a beautiful creature who died for her protective loyalty to the woman.

THAT EVENT HAD BEEN YESTERDAY…

It was after she finished cleaning up the bloodied back of her head under the tap in HIS garage, and turned to leave, that she saw Sarah’s body on the dirt floor – semi-covered by a canvas tarp – beaten to death. THIS had been the event that changed everything very quickly, as the guilt and sheer self-loathing that followed this discovery consumed the woman within a nano-second; she went insane from all of it: the beatings, the betrayal and violation, the death that she wished would be granted more swiftly, the death that he gave Sarah…and the reason why. She bolted from the garage and screamed at the top of her innermost warrior’s lungs for him to come outside and face her: a challenge she knew he would undoubtedly accept as pure entertainment (a thought that fueled her disgust and anger, self-hatred and guilt to the point of no return).

She had felt no fear when she saw him come to the window the next time; his composed face looking warped by shock and disbelief at her sudden demand for a duel with a man nearly three times her weight. She did not experience the “usual” fear when he started to pound on the glass from the inside and holler things she could not hear, but still knew would be the most venomous death threats he’d ever made to her. She did not see much of anything besides blackness and void of light; her thoughts unprocessed in a corner somewhere being protected by her own mind like a child’s. Her battle crying continued until he did finally come to the front door; the same time a police cruiser pulled up two driveways down and she began to run towards the chain-link fence in that direction.

She wasn’t running to her own freedom – she was running to tell the police that he was a murderer, to show them what he had done to Sarah – to make them understand why she’d lost her mind this way. She was beyond any point of caring about her own safety or freedom by that time. He bee-lined for her in the yard as she shuffled her battered frame in haste towards his position in the front door, her mouth sputtering blood, her lungs afire from yelling for so long and loud. Her busted and long-disrepaired jaw barely opened as it was, and she was beaten badly again the day before – hence, the lack of any notice of Sarah’s absence to begin with. She fell over her own numbed feet, and, feeling certain she had met her end, looked directly towards the gathered crowd on the other side of her front yard’s chain-link fence as her huge, loping husband closed in on her. She verbally managed to convey the message to the nearest police officer that she “was finally about to be killed, too…” before his final envelopment of her weakened, sinewy figure against the Thule Fog backdrop. The police and paramedics on stand-by acted without hesitation upon his quickly executed attack, focusing every molecule of energy present in the environment on her simple continuity of LIFE. PHYSICAL INJURIES SUSTAINED:

For months, the woman would remain too incoherent to be aware of any of the events that took place that day, or the fact that her husband had escaped the scene, despite so many people being physical there, right nearby, saving her life from his deathly grips at last. She would spend the next year with the burn unit patients in a hospital to physically work right again; and then they would start to try and reconstruct her face. It would be over a decade until any detail of that day (and the days leading up to it) would return to her mind with any true vividness; like any other memory she keeps; the entire element of Sarah having somehow been washed away with her painful, daily skin debriding in those early days – until only about six months ago, while she was writing a section for this blog.

And so, it had been finding Sarah’s battered and bloody body in HIS garage that turned me seemingly insane with guilt and self-loathing…I essentially begged him to come outside and kill me…and he did in some ways.

But, not in the ways that matter most.

NOTE: Thankfully, Oz and Vegas were unharmed during this incident. 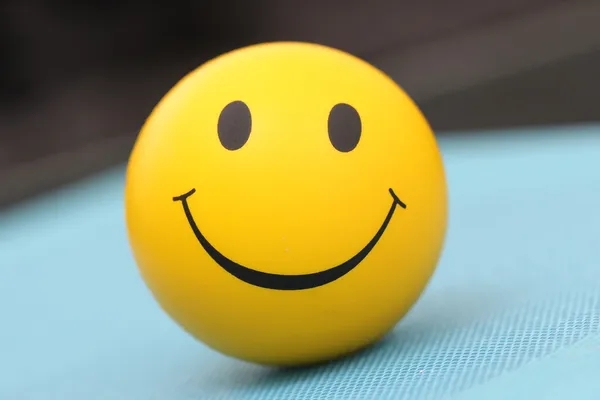